So as I mentioned in my Jamaica Blog, I did a lot of travelling in 2016 including a fabulous trip to Greece. It is a beautiful place that everyone should go explore even if it is to take 1 picture. You will not regret it.

Our trip started in Athens and then we made our way via fairy to the islands. Our first stop was Mykonos. Now I’m not sure if it was my absolute favourite destination because it was the first or just truly because it is so picturesque.

I don’t think I’m doing it justice so here is a picture.

I know right? It is stunning and this picture isn’t even photoshoped. It is a picture perfect place, you cannot take one bad picture in Mykonos, it is exactly as what you Google. Probably the only place I have been to where what I saw online was 100% what I saw when I walked down the alleyways of the city.

So what is there to do in Mykonos aside from marveling at how beautifully white and blue every building is?

I swear they must paint that place every 3 months, it is impossible it stays that white naturally.

Well, lets get real. You will definitely get lost walking so just embrace it. We even used Google maps and still had to stop and ask for directions – which consisted of make one left then 2 rights then walk all the way up until you see the buses.

3 things to note about Mykonos 1) it is a party town 2) Italians come here to vacation 3) It is also known for its LGBTQ friendliness.

So lets break down what you can do if you manage not to get lost:

No need to start your day early. The best thing to do during the day in Mykonos is go to the beach. On the first day after getting off the ferry and making it to our hotel (Alex Hotel), it was early afternoon. So we looked up the best beaches in the area and headed that way.

We had to take a bus to the old port and from there walk across the central town to where the other buses were – Again getting lost along the way and buying Gyros as we went. The first beach we went to was called Ornos. The water was gorgeous and it was mainly filled with families enjoying the heat (*caution, wear a lot of sunscreen it is over 30 degrees 24/7). Along the beach front there were a lot of restaurants and bars decorated for the perfect Instagram pictures, I swear. 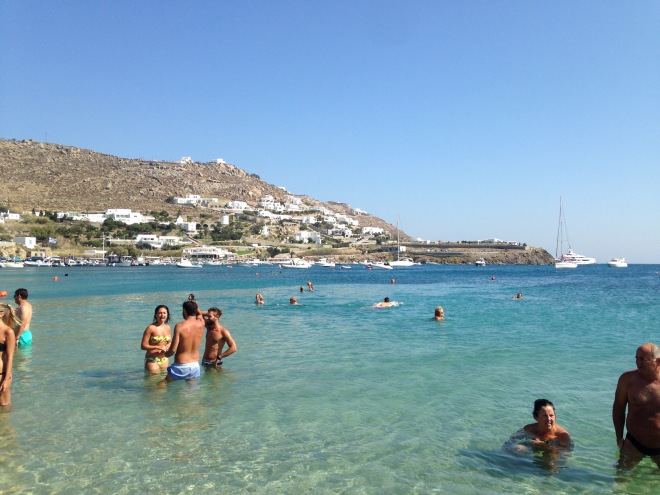 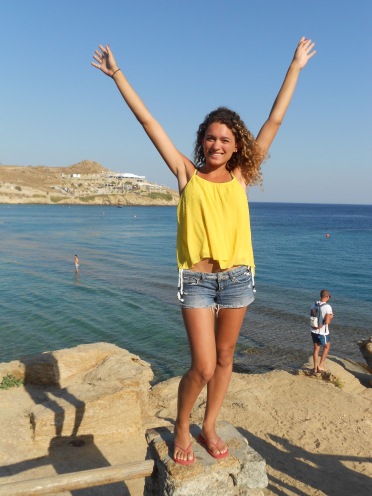 We spent the second day in Mykonos at  Paradise Beach. Probably my favourite beach experience. After soaking in the sun, having a huge wave drench all of the things we left on the sand, we decided to hit up one of the bars on the beach. This place was party central for the day and night. The bar we were at had a deal on drinks (hence why we choose it) plus 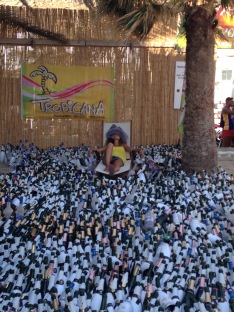 they started the party at 4pm with two dance instructors and a lot of Spanish music. So as we sipped our slushy sex on the beach we just had to start dancing on top of our table. So much FUN!
UNTIL – because this always happens – some extremely upper buddy built skinny chicken leg Italians in speedos asked my friend to dance. And lets be honest, this was hilarious to me so I encouraged it UNTIL….one of them grabbed my hand. Needless to say it wasn’t funny anymore. So as the polite person I am we all danced to one song and then ran out of there like something had caught on fire.

After your day at the beach, you will need to recuperate by heading to your hotel and taking a nap. Your evening does not start until 11pm (12am if you want to be more realistic).

Because of where our hotel was located, it made the most sense for us to go for dinner and head to a bar right after. So we pretty much had our dinners at 12am followed by heavy drinking and dancing.

The best bar to go to: Skandanavia Bar

All the tourist will be here dancing all night – literally until 6am. It is a two floor bar plus the lower floor of another building right across featuring a great mix of top 40 music. As you can imagine, the party spills out onto the walkway. The first floor you can go in and get a drink, but the dancing happens upstairs. It cost €10 but this is actually a drink ticket to get in, meaning you purchased your first drink of the night or if you got a drink downstairs don’t finish it like I did because it will get you in for free.

This was probably my favourite bar because you could dance on the bar and get free shots for doing so.

I only bought 2 drinks and was very hungover the following day.

The “it” Club: Cavo Paradiso

Overlooking the Agean Sea, Cavo Paradiso is a must visit place for a night out in Mykonos. Featuring a pool in the middle of a massive dance hall, the place gets packed with locals and tourists. The night we attend featured electronic music, so not the best in my opinion. Plus, going at 1am is too early, a Greek would advise you to show up at 3am but depending where you are staying you have to time it around the buses.

Best place to have dinner: 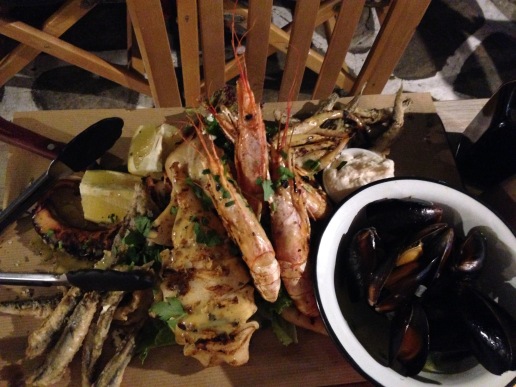 Mykonos is by far the favourite place we visited on this trip. It was our first island stop and quite simply a fun sun filled adventure with a lot of relaxation and partying. 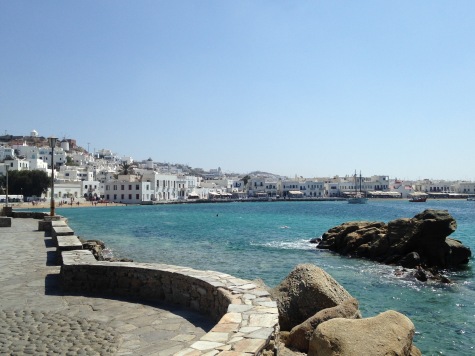 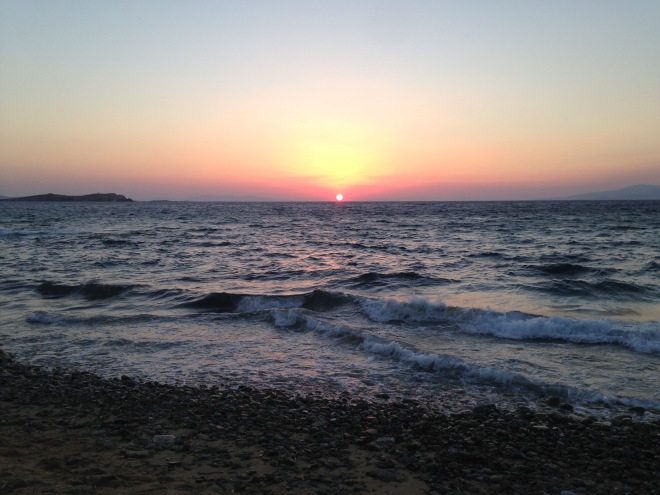